World Day Against Child Labour is celebrated on June 12

Established by the International Labour Organization (ILO) in 2002 . 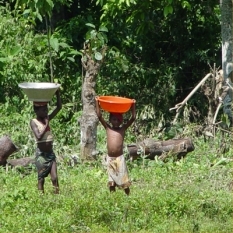 The Day seeks to alert the public to the fact that many children are forced to work every day when they should be in school to learn and to build a better future for themselves and their families.

The World Day Against Child Labour aims to promote the right of all children to be protected from child exploitation and other violations of their fundamental human rights, as well as combat all types of child labor.

According to data from the International Labour Organization (WTO ) , in 2012 there were about 168 million children working worldwide . Although this value constitutes a gradual decrease (compared to 2008 figures), child labor is still a reality worldwide.

According to British consultant and author of a world map of child labor, Lizabeth Campbell of Maplecroft Consultancy Agency, new data on the subject shows that the outlook continues to be bleak . Angola, one of the countries analysed, has a high rate of working children, a figure likely to increase.
The Maplecroft map is published every year but despite its humanitarian nature , it serves a more entrepreneurial purpose, being used by potential investors as a reference on the conditions of child labor worldwide . Despite Africa being one of the main destinations for foreign direct investment , this does not seem to be a sufficient factor in reducing the number of children working in Africa.

Child labor has increased in some areas such as Tanzania , Kenya , Ghana and Mali , says Lizabeth Campbell, Head of the Department for Human Rights and Social Risk at Maplecroft, in statements on her professional website.