Mosaiko joined a delegation of several public, private and third sector institutions on a visit to human rights institutions in Norway 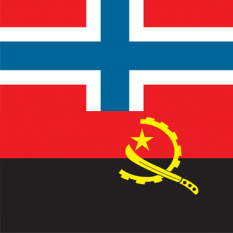 As a partner of the CEIC – Center for Studies and Scientific Research of the Catholic University of Angola, Mosaiko joined a delegation comprising representatives of the Secretary of State for Human Rights, the Ministry of Justice, UNTA – National Union of Workers of Angola, Chamber of Commerce and Industry of Angola, Mãos Livres organization and CICA – Council of Christian Churches in Angola.

At the invitation of the Embassy of the Kingdom of Norway in Angola, the delegation had the opportunity to visit and interact with public and private institutions, learning how these institutions deal with fundamental issues concerning human rights. This process of exchange between public, private and third sectors from both countries should be continued, because the experience of Norwegian society – which leads the world ranking in human development – can inspire policies and partnerships that contribute to a culture of human rights in Angola.